STYLE NO.：3108-10503D
SERIES：LIMITED
SPEC : H215×W160×D40 (mm)
WEIGHT:310g
BODY : 70D CORDURA NYLON RIPSTOP
LINING : POLYESTER
・Unisex
・Water repellent fabric protector coating
・Lightweight, Abrasion Resistant, Tear Resistant 70D Cordura Nylon Ripstop
INFO:
DEVILOCK
1996 Noriaki Endo started in Ebisu.
A street brand unique in the world that goes beyond the concept of a brand and focuses on creating culture.
Suddenly disbanded in 2012. After that, Mr. Endo moved overseas.
And restarted in 2020.
NORIAKI ENDO
Born in 1971. DEVILOCK producer. Formed HARDCORE BAND and GMF SUPERHYPE from the 1990s. In 1996, he founded apparel brand DEVILOCK as a music activity.
Many musicians have appeared at music events held in-house since 1997, mobilizing a total of 200,000 people and creating a major movement of fashion x music. After that, he gave birth to a big culture that merged fashion, music and martial arts.
From 2004 to 2006, popular artists from overseas gathered and held a group exhibition `VISUALL` in USA, Canada, Hong Kong, Taiwan and Japan.
After that, he worked on projects such as comic ONE PIECE, Sanrio HELLO KITTY, and denim brand Levi ’s.
In 2008, he participated in the biggest Asian fashion award held in Beijing as the only Japanese presenter.
In 2009, he hosted the legendary fashion industry's largest music event, DEVILOCK Night.
Announced dissolution of DEVILOCK on his blog on November 11, 2010.
In 2012, we held DEVILOCK Night THE FINAL and mobilized a total of 70,000 people.
After that, he moved to Canada, Portland, etc. while working as a creative director of the project WILD ONE that runs around the Americas and Italian shoe brand BUCCHUS, and while traveling across the world, he is currently an accessory brand SCHWESTER, Produced apparel brand DECOY & co.
He also has close ties with Edison Chan of Hong Kong and has provided a great deal of support for the launch of CLOT, and Edison himself is the boss of Tokyo.
The friendship is not limited to Japan, and it is worldwide such as KAWS (US), WKINTERACT (US), ERIC SO (HONG KONG), STASH (US).
FUNCTION: 70D CORDURA RIP (NYLON) is used for the main body. As another process, the surface is slightly water repellent, making it a material that does not easily get dirty.
MAINTENANCE：Use professional leather cleaners to remove dirt and stain by spraying a thin layer on the leather and gently wipe it off with dry cloth or sponge brush. Place your bag in a well-ventilated area to dry and prevent mould.
GLOBAL SHIPPING
*LOCAL FREE SHIPPING*  (within 1-2 working days, )
NO EXTRA CHARGE for delivery to Outlying Islands and Remote Areas (specific delivery time).
Global Shipping Cost
Free Return / Exchange within 7 days https://www.makavelic-store-hk.com/about/policy 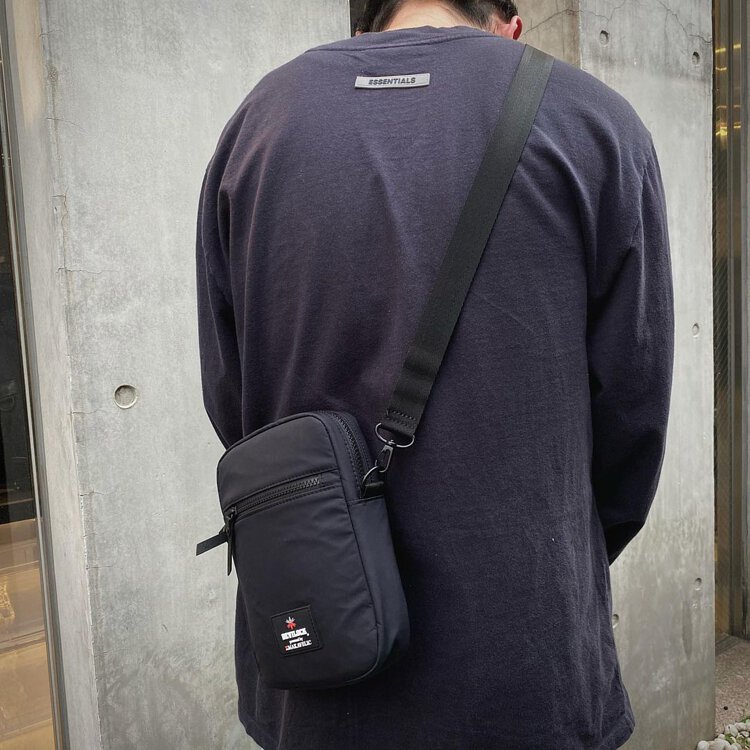